Headline figures shock us with news of cuts to mental health services, but they almost always focus on the political angle and disregard the ground impact. Pills and Policies visited Highgate Day Centre’s open day to see first-hand how proposed cuts would affect its service users and employees, as well as how you can help. What we discovered was more alarming than anything we’d read in a newspaper, and it made us question the direction the NHS was headed in as a whole.

The Highgate Day Centre is a mental health service for 18 to 65 year olds. Camden and Islington council is close to finalising plans to cut the centre’s annual funding from £270,000 to £130,000. These cuts would have devastating consequences for the 60-strong community of service users, and result in half of the employees losing their jobs. The centre, which has existed for over 40 years and provided a lifeline to many vulnerable people, is fighting for its existence. 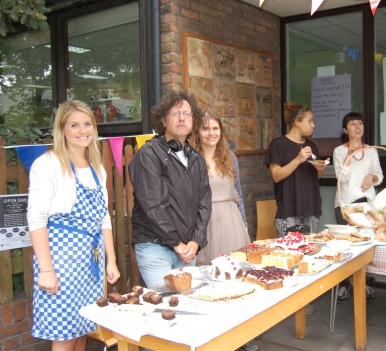 There are no reporters when we arrive, or in fact during our whole stay at the centre.

Home-baked cakes and bread are laid out at the entrance, we are greeted warmly by the employees, a brass band is playing in the car park, and there is an art exhibition upstairs – the atmosphere is lively, home-like and welcoming, although there is an underlying tension since this is all under threat.

We speak with Lena and Rachel, two of the service users, to find out more about their experience of the Highgate Day Centre and how this is changing. 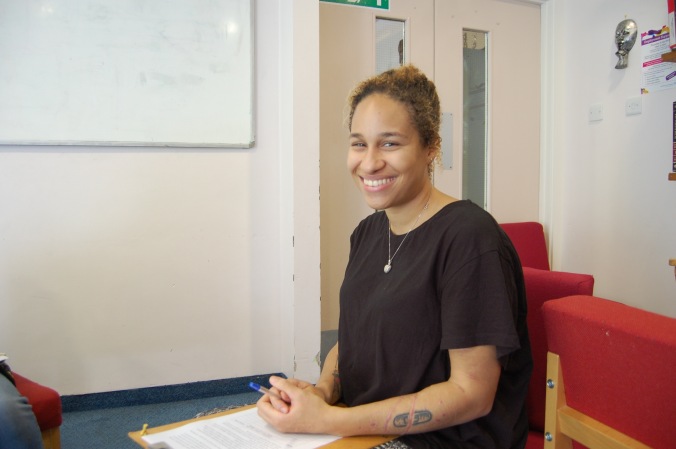 Lena: “Highgate will still exist, but by name only”

The recent closure of 2 mental health hospitals in Camden has meant that places like Highgate are stretched to maximum capacity and have lengthening waiting lists. People who desperately need the service are unable to access it, and with no hospital beds readily available in the borough, there is nowhere for many to turn for help.

Lena has been a service user for over 2 years, although new regulations mean that she will not be able to do so for much longer. Her plans to become an associate at the centre have been discontinued in order to cut costs, and she is worried that she won’t have many links there after she leaves.

Others have had their time at Highgate limited to only one or two visits per week.

For Lena, the Highgate Day Centre is a special place, somewhere unlike others of its kind; She describes it as a family, as “the only successful service that’s left”, and “not just somewhere where people sit around drinking tea or coffee”. For many, Highgate is “a connection that keeps them stable”.

The care is personalised, and there are extensive art facilities including a pottery room, as well as an Art Therapist who visits weekly. All this has enabled many of the users to achieve much more than they expected or was expected of them. Economically speaking, the centre is nothing but beneficial as it allows people to reintegrate into society, and so cutting its funding is an inefficient long-term strategy.

According to Lena, the council’s funding decisions have been unjustified and there has been little transparency. The council are essentially making clinical decisions despite lacking clinical training. They even override the doctors’ decisions at times, setting the budget rather than the wellbeing of people as the priority.

“It is a good centre still, but has been better. If the cuts go through, it is fair to say that the centre would be damaged irreplaceably”.

Rachel: “It always feels like the rug is being pulled from under your feet”

Rachel, 23, is the youngest service user of Highgate Day Centre.

She spoke to us about Better Care Choices, a system that is designed to increase efficiency and give service users control over their care with a personal budget, but is actually dysfunctional.

Better Care Choices does nothing more than make users feel guilty, as they are informed of how much they are costing taxpayers.

“You already feel like a burden”, says Rachel. “You are already experiencing low self-esteem”.

The service users are asked by the council to make a contribution towards their healthcare, with some receiving invoices of up to £40 per day.

This is what shocked us the most, that people were paying for their healthcare. We expected that this would happen in the future (the general media regularly warns us), but we didn’t realise that it was already happening.

The shift of authority from the general NHS to local councils has created a loophole that results in people paying for services that they are entitled to.

It also clear from the decisions that are being made by local councils that mental health is still seen as secondary to physical health.

The future of mental health services is uncertain, and this adds to the anxiety of many of the service users.

To support Highgate Day Centre and give power, control and a voice to the people who need it, please sign the following petition: 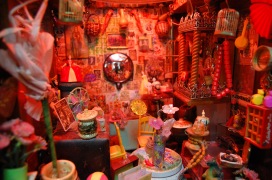 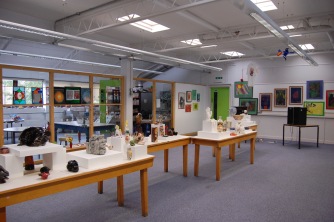 3 thoughts on “Mental health cuts: How exactly do they affect service users?”