As part of World AIDS Day, Pills and Policies attended a panel discussion on HIV stigma at the University of Oxford. This was organised by Sexpression, Oxford LGBTQ Society, Terrence Higgins Trust and Oxford University Student Union (OUSU). 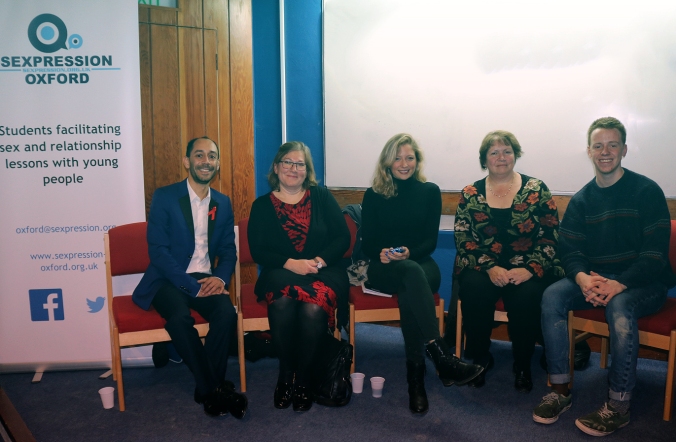 25% of those who are HIV positive are supposedly unaware of their status. Many individuals are reluctant to get tested because of the associated stigma.

Ant, a campaigner, spoke about the changes in the nature of HIV stigma over time. According to him, the stigma may be worse now than it was in the 80s. These days, the stigma does not only divide those who are HIV positive and negative, but it also causes divisions within at-risk groups.

HIV positive MSM (Men who have sex with Men) often receive abuse from other MSM on social networking apps like Grindr. Even within positive MSM, people are still divided depending on how they contracted the disease (with those who use drugs or those considered promiscuous being prime targets of abuse).

There are also other intersectionalities such as race, class, and age that factor in, as well as divisions between those who have co-infection with Hepatitis C and those who don’t. These reactions could be seen as a coping mechanism in response to the ‘blame and shame’ of stigma.

So which institutions are responsible for perpetuating negative attitudes towards HIV?

As shown by the tabloid response to Charlie Sheen’s blackmail over his diagnosis, the media have a significant role to play in shaping attitudes towards HIV. It’s not just the tabloids – even a few posts by the Guardian (who are usually more sensitive) have inadvertently perpetuated the stigma. They have sensationalised the issue of HIV by exoticising it, as they focussed on the Asian epidemic rather than issues here in the UK. This makes HIV seem like a problem exclusive to ‘developing’ countries. This article on dating apps and HIV also misquotes the UN and strengthens associations between the illness and promiscuity. Additionally, articles that try to ‘battle stigma’ and ‘raise awareness’, although having good intentions, are ineffective; they tend to place the power for change on individuals rather than on institutions.

HIV education has been inadequate, instilling fear instead of information. HIV has been painted as a problem specific to gay people, drug users, prostitutes, and foreigners. People need to be better informed; they need more knowledge on transmission, living with HIV, as well as actual facts and updated statistics.

One thing we are not told for instance, is that those who have HIV and are taking medication are ‘undetectable’. This means it is next to impossible for them to transmit the infection to another person, even without a condom (PARTNER study).

Many HIV support initiatives such as free home-testing kits are provided by charities. Many of these charities are facing funding cuts. For instance, the Terrence Higgins Trust in Oxford, which has been a lifeline for HIV patients, is now permanently closed due to local government cuts. To support them, sign the petition below:

The Public Health policies currently in place act to increase stigma as many of them are detached from scientific reasoning. MSM are not permitted to donate blood for 12 months after having sexual intercourse, even if they used condoms. This is due to be reviewed by the government. Read more on Freedom to Donate’s website and sign the petition.

When taken regularly, the drug Pre-Exposure Prophylaxis (PrEP) reduces the chances of HIV infection by 86%, according to the PROUD study. Despite this finding, and despite the fact that the drug would empower at-risk groups, the NHS does not yet offer PrEP on prescription. Today, New South Wales, Australia announced their plans to eliminate HIV transmission by 2020, using PrEP. Why can’t the UK do the same?

Whether it is intended or not, institutions act to divide us – even in sickness.

Unethical policies are justified by the government by putting the blame on the patient/ making HIV seem like problem that only affects a distinct group of people. There has been emphasis on prevention, whereas there are structural reasons why some people are more likely to get HIV e.g. the exclusion of African immigrants from some parts of society.

In order to eliminate HIV, we must eliminate stigma. The only way to do this is to challenge institutions.