The debate over grammar schools, and more generally experiences in the education system, are inextricably linked to personal experience and conducive debate and policy making can only be embarked upon with a more dispassionate approach.

Recent plans unveiled by the Prime Minister Theresa May that existing schools will soon be able to become grammar schools has ignited another episode in a long-standing debate. Like discussions about social status in class-ridden Britain, conversations about education – or at least certain aspects of it – prove to be an equally touchy business. Commentators, wherever they stand on the issue or for that matter the political spectrum, use anecdotes from their own lives, their children, their neighbours or anyone to seek justification for their viewpoint.

Whether one loves them or loathes them, comments from across the spectrum on grammar schools more or less share a personalised nature. One is met with a barrage of claims and counter-claims of their furtherance or hindrance of sociological phenomenon such as social mobility. Pontifications on the matter are bolstered by one’s personal (and presumably therefore, infallible) experiences such as ‘I would have never got into grammar school. But my comp set me up for life’ and ‘I failed my 11-plus – but I passed my PhD’.

Everything from the unrepentantly proud working-class individual who claims to owe his stellar grades and comfortable place at Oxbridge to his industrious and inspiring grammar feature; as do the stories from the parents of an eleven-year-old, whose self-esteem took a turn for the worst when they missed that coveted place at their local selective school by a few meagre marks. Indeed, like Mrs Thatcher (the only other female British Prime Minister) before her, there’s perhaps no denying that the Prime Minister’s own views on the matter were certainly influenced by her own experience, having attended a grammar for the best part of her education.

Certainly, there are plenty of causes of concern. It’s no secret that since grammar schools are often seen by middle-class parents as the same as an independent education on the cheap, if not better. Like any service or provision, the system will always be prone to the clever machinations of people seeking to take advantage of it. This is most obviously evidenced in the lucrative tuition industry that benefits from the apprehension faced by parents of children approaching their 11+. Since such extra and costly provision is out of the reach of most, it advantages people with enough means or resources to secure such rigorous and often effective training for their children.  The fact that only three percent of children at grammars are recipients of free schools meals (FSM), an imperfect but government-accepted indicator of household deprivation/poverty, is surely a damning indictment of the system.

That said, evidence from Germany on their Gymnasien (the closest thing to grammars there) does show children from less affluent backgrounds stand to benefit from such schools. For example, the results of a 2003 study revealed that lower-class and working-class children attending a gymnasium nearly caught up to their peers attending the same school in terms of mathematical abilities, as opposed to lower-class and working-class children attending a comprehensive who lagged behind their peers from less disadvantaged backgrounds. Equally, grammars are not exclusively about academic performance; great emphasis is placed on discipline and comportment, traits which it’s necessarily are imparted in those crucial teenage years.

The unnatural social stratification that a selective education system breeds can be an unhealthy one, separating children from their peers. The premium that house prices experience as a consequence of being within the periphery of a good school – grammar or otherwise – has the undesirable effect of pricing out many families for whom financial constraints mean they have no other choice but to send their children to the local authority-allocated school. Parents, whose own education opportunities were limited for whatever reason, are unable to navigate the education system, putting their children at an unfair disadvantage.

Many have argued that the resurgence of the grammar school will see the end of large swathes of the independent school sector, which previously relied on a steady intake from children of middle-class parents who didn’t quite make the mark in their eleven-plus. It seems – after all these centuries as Plato suggested – the education of the young about the stratification of society and the maintance the social status of one’s parents. Recent developments however, namely free schools such as the West London Free School built on the classical liberal model (an integral part of the grammar school) as well as Katherine Birbalsingh’s Michaela Community School – with the slogan ‘private school education – no fees’ – shows how the ethos of the traditional grammar can be maintained without the pitfalls of selection. 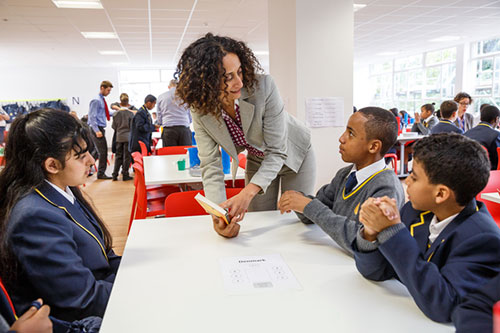 Both schools’ cater children from a variety of backgrounds and serve what can be described as deprived communities. But even then, such newly-formed schools are not without their challenges. The latter for example came under criticism of late, with the recent revelation that unbending regulations about packed lunches meant children were being segregated in the dining hall and treated preferentially on account of how healthy a lunchbox their parents had backed for them. Just as those children were meted out with punishment or reward – over something which was not of their own doing – as it stands the educational and other opportunities afforded to us are rarely earnt by the recipients. They are much more the consequences of various factors, prime among them who their parents are, their own educational experiences, their amount of disposable income. It’s clear that on either side of the grammar school debates – those who argue for them and those who argue against them – share the same desire: that of a good education for their own and others’ children.

In the 1960-70s,  noticing that working-class parents increasingly frustrated at the fact their children were having little success compared to their middle-class colleagues in gaining admission to the local grammar, the government began re-branding comprehensives as ‘the best schools for all’. This rapidly caught on, dispelling the image of these schools as second-rate. Thus, the debate about educational provision will always be an intensely fraught one. Parents will invariably want the best for their children. The evident personalisation of stories surrounding educational experiences shows how heartfelt these considerations and motives are. While the current debate is about grammars, even if these proposals are not given the go-ahead, there will be another pressing debate in a year’s time. This article has purposefully not come down on either side of the fence. But it expresses a hope – that whenever the next call to arms is – the debate will be one that is expressed through considered and thorough arguments, while not discounting personal anecdotes. 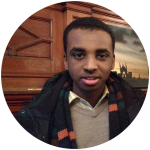 Haroun is a history undergraduate at King’s College, Cambridge. He is interested in world affairs, particularly in his native Somalia and British politics.