Mental well-being is an important matter. The possible vulnerabilities of the mind are often overlooked; mental ill health is not as immediately visible as a physical illness, but is equally serious. We find that this underestimated seriousness is also attributed to discourse around, and analysis of, mental health, particularly within the black community. 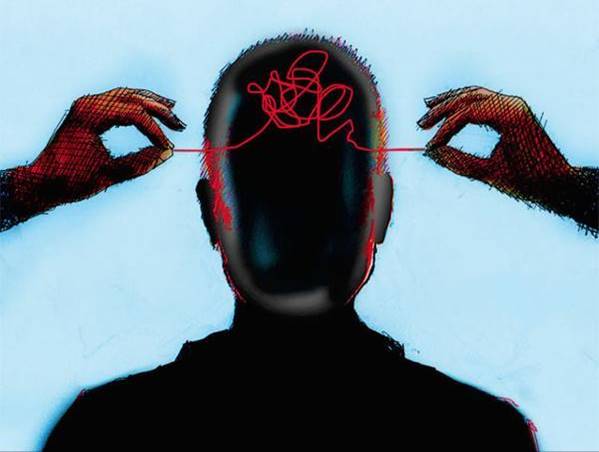 The highest rates of severe mental illness diagnoses in the UK are among the African and Caribbean ethnic groups. Statistically, in the UK, black men are 17 times more likely than white men to be diagnosed with a psychotic illness, and six times more likely to be admitted to a mental health facility, with similarly saddening statistics for the rest of the community too. What must be underlined here is the fact that these figures only deal with documented cases, and that there are undoubtedly thousands more suffering in silence. This alarming reality urges us to hold earnest and candid discussions about mental ill health.

A plethora of factors lead to mental health problems in black people. According to conversations with Mind, black women stated that tropes rooted in misogynoir, such as stereotypes of them being too “loud”, “aggressive”, and “emotional”, often pushed many to feel like they had to bottle up their feelings and expressions for fear of coming across as “abrasive”. Others said that, in the working environment, they felt overwhelmingly pressured to “prove their worth” alongside their white co-workers.

The socioeconomic position of significant proportions of the African-Caribbean community within the UK certainly exacerbates the problem, with many families dealing with the stress of trying to make ends meet in poverty-stricken areas, with little to no outside support from the local authorities. Black men faced up to societal issues too; black men are stereotyped as being “strong” and “confident”, along as a whole host of other toxic standards of masculinity, causing many to never fully develop in a way to express their emotions candidly, as it is deemed as a “fragile” trait. Struggling alone is not healthy for the mind, and unfortunately, it often leads to things such as depression and even psychosis, which can be extremely harmful without adequate support and care.

While black people are more likely to be found with a serious mental illness – for example, we are three to five times more likely than anyone else to be diagnosed with Schizophrenia – the statistics show that we have the lowest proportion of documented cases of milder mental disorders. This trend is strong evidence for the actual fact that black people tend to suffer for longer before consulting medical assistance, and will thus be treated once their condition has reached a far more advanced stage. In many cases, particularly those involving black men, mental health conditions are not discovered when the sufferer visits a doctor on their own volition, but rather once they have been processed through the criminal justice system.

Why do we find it hard to talk about mental ill health?

A main contributor to this is the widespread stigma shrouding mental ill health in black people. Many sufferers come from religious backgrounds, and are often told by their immediate social group at a young age that they are not sufficiently “in touch with God” (and even to a lesser extent, “affected by witchcraft”) when the earliest signs of mental disorders arise, discouraging a large number of young people from feeling comfortable with both openly expressing their emotions with loved ones and reaching out for medical help.

Furthermore, the widespread lack of representation in mental healthcare services and the media of black people, both as care givers and as sufferers, has led to this notion of this type of illness being a thing that is solely a “problem for white people”. It must also be noted further that racism within the professional medical domain makes it very difficult, if not impossible, for doctors of a non-African/Caribbean background to fully empathise and understand a black patient without immediately having their judgement clouded by implicit bias and stereotyping. Black patients feel that they are prescribed higher doses of medication, breeding mistrust of the authorities in place, who are supposed to have their best interests at heart. So, even with young black people who have sought advice and care in the past, an impersonal, and potentially unsettling, first encounter with a counsellor or doctor has left many feeling disillusioned with, and let down by, the mental healthcare system, and often prefer to battle through their illness alone.

What can be done?

Tackling mental health issues in our community will be tough. With the unfortunate stigma attached to being mentally ill being a huge mountain to overcome for many sufferers, who are made to feel embarrassed that they are not well, there are also other factors – a systemic lack of doctors of African-Caribbean descent in healthcare; lack of open communication and discourse in safe spaces for the black community as a whole; socioeconomic background; unclear education about myths surrounding mental ill health, and the perpetuation thereof; and much, much more. There are many roots to the cause. We must now get together and think of how we can change these as much as we can for the better, for our minds’ sake.

If you, or someone you know, have been affected by mental health issues, the following organisations may be able to help.

Mind provides advice and support on a range of topics including types of mental health problem, legislation and details of local help and support in England and Wales.

SAMH (Scottish Association for Mental Health) can answer general mental health enquiries, advise you on your rights and signpost you to your local services. 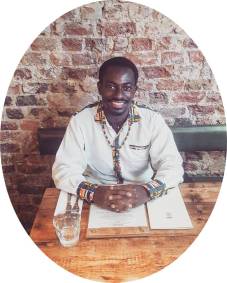